Now That You Know the Facts on Birth Control, What’s the Next Step? 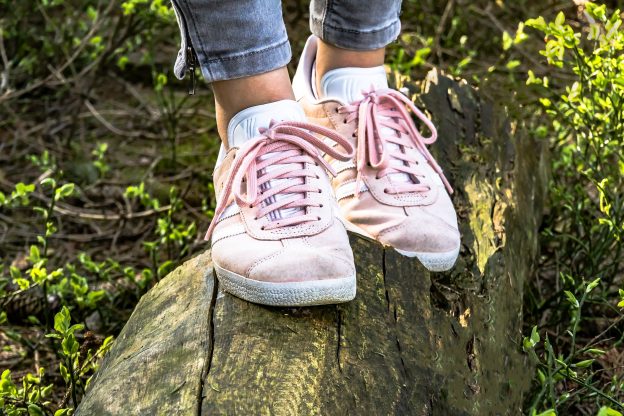 In part 1 of this discussion on rethinking your birth control, I defined what it means to be a woman. Not just a modern woman, but a whole woman according to God’s design.

Part 2 detailed attributes of her feminine genius in the form of female fertility. The cyclic ebb and flow of her fertile and infertile phases and the means by which she is able to read her own body language.

The next two installments detailed how contraceptives help fracture womanhood into parts, many attacking female health by suppressing natural hormones and inducing early abortions. Uncovered, also, was the dishonesty of pharmaceutical companies and the pressure placed on women by medical providers.

Fear being a major factor for couples new to Natural Family Planning, I spoke about the need for couples to address their concerns in part 5.

Knowledge is power, as they say, and I think (if you’ve been following along) I’ve covered a fair amount of ground so where do we go from here?

Suffice to say, you need to trash the carcinogenic/abortifacient contraceptives (and the whole mentality that goes along with them) and reclaim your status as a woman.

Stop giving yourself away in pieces and demand that your spouse (and doctor) respect you, all of you. Because asking you to jeopardize your health does not equate to respect or love.

And, by all means, start respecting yourself from your imperfect skin and dimpled thighs, to your fertile mucus and menses. Ditch your Cosmo magazine and a few Pilates classes to delve into a book or take a course on Natural Family Planning (aka Fertility Awareness Method FAM).

Then, most importantly, begin a communal conversation with your spouse and the One Who made you into the creative being you are.

One of the greatest gifts that stems from NFP is the ongoing discussion it triggers. Unlike long-term contraceptives, that make family planning a generally mute point cycle after cycle, year after year; natural methods invite husband and wife to relay their thoughts, fears, desires and frustrations regularly, so they can decide whether or not to make use of the fertile window.

Since human vision alone is short-sighted (and often selfish,) when measured against God’s Providence, couples seeking to practice NFP successfully turn toward Him (Who orders all things for good) and seek His will above their own.

Baby or No Baby?

Each new cycle leads them to consider, “Should we optimize our chances to conceive this cycle or abandon ourselves fully to God’s timing or do we have a serious reason to postpone a pregnancy?”

Indeed sometimes the answer may be an emphatic “YES” to hoping for a baby. At other times the spouses may discern a real reason to answer “NOT NOW.”

We know a woman who has a heart issue and another pregnancy could result in death. She and her husband sacrifice the fertile time in order to protect her.

Another husband could be struggling to provide financially, or be in danger of losing his job, or a wife may be overwhelmed with a particularly needy child, or suffering from depression, so they, too, may prayerfully discern a need to abstain, for the betterment of the whole family.

Being Sensitive to the Needs of Another This is part of the beauty of remaining open to life, it causes a husband and wife to be sensitive to the needs of each other.

Our friend’s husband placed her welfare first, and he finds non-sexual ways to express his love during the phases of abstinence.

Perhaps, a wife will opt to work outside the home to help supplement her husband’s income, or he might help with the children more often to alleviate some of his wife’s stress; thus, possibly alleviating the restrictions that prevented them from seeking another child.

Couples aren’t automatically obliged to practice periodic abstinence. Some couples discern a call to let the Creator, alone, plan the size and spacing of their family.

Not to be discounted, less fertile/infertile couples, who dearly desire a child or another child, may be asked to carry their cross and/or suffer repeated loss. These couples can also benefit from drawing their strength, comfort and continued guidance from the Lord, Who pours out plenteous grace.

Is There Even a Difference?

Not infrequently discussions abound about the how’s and why’s of using NFP for the purpose of spacing/limiting children. Some ask if there’s really a difference between contraception and natural methods with regards to morality. There is.

With NFP, the wife’s body remains whole. The lovers do nothing to counter God’s design, whether they opt to engage in or abstain from relations during her fertile window. As for right reasons to abstain, couples who continually seek God’s will above their own and strive to mirror His attributes can find the correct course.

Remembering that contraceptives sell women on the erroneous idea that they can strip sex of its procreative purpose and craft a happier ending; it’s not surprising that when God foils their intent with a baby, they rely on abortion to wipe the slate clean.

Or they accept the unintended pregnancy until some doctor informs them that their child’s imperfections are going to destroy their well-crafted blueprint: 2.1 healthy children (one boy and one girl of course), the white picket fence, and dual incomes. Then it’s off to the abortionist to spare themselves the inconvenience of rethinking their dreams.

Divorcing sex from its procreative potential leads couples to view children less (if at all) as gifts to be received and more as property to be obtained or discarded. One doesn’t have to look far to see how this mentality has negatively impacted marriage and the family structure.

My Newlywed Plans for Perfection

As a newlywed, I thought my white-knuckled hold on life would result in fulfillment, so I contracepted until we deemed ourselves ready to widen our circle. Like many people, I expected life to unravel according to my ambitions. But, three years in, God shook hold my clenched grip with the death of my firstborn. Devastated, my eyes were initially blind to the doorway that swung open because of that event.

My husband and I could have chosen to separate. Or we could have built up a wall of protection. But, instead, we learned to savor life, to value its preciousness and to accept its unpredictability (as well as its sometimes insufficient length). We kicked the Pill to the curb with those revelations and that unobstructed door has welcomed 8 unique persons into our family and ushered 6 souls into eternity. Indeed in my imagination, I never could have envisioned the abundance of blessings that would pour forth from our willingness to allow God to reign in our marriage.

Take the Next Step

After you dump the contraceptives and learn to read your body’s language, fortify your marriage by discovering more ways to express your love. Deepen your faith together and agree to solicit His counsel, first and last.

Finally, when your life changes (and it undoubtedly will) become a witness to Truth. Show that women deserve better than abuse, masquerading as modern feminism. Stand up as proof, that God’s ways are always better than anything we can conjure up.

(1) Reclaiming Womanhood: Why It’s Time to Rethink Your Birth Control Plan; (2) Demystified: How the Female Fertility Cycle Works; (3) The Nitty Gritty of Birth Control and the Abortion Back-up Plan; (4) Knowledge Is Power: How Doctors and Big Pharma Profit From Ignorance; (5) Pulling Back the Veil and Exposing Your Genuine Fears; (6) Now That You Know, What’s Next