Lessons Learned Beside My Father’s Deathbed 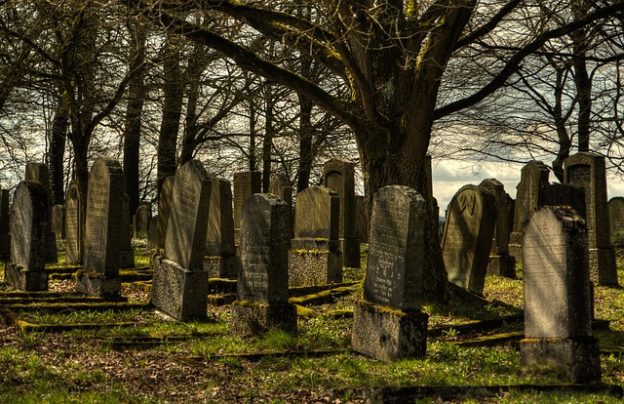 Rifling through my closet, I was deciding what to pack in my suitcase. Having forgotten exactly what to expect from January weather in Florida, I’d already pulled an equal number of jeans and shorts from my dresser drawers. Now I was left trying to figure out which dress to take.

My stay was going to include a Sunday so I knew that I would want something appropriate to wear to church. But standing there in the center of my closet, I realized there was a real possibility that I would be attending a funeral, too. The frock I chose would have to serve two purposes if I expected to keep my baggage minimal. I chose a simple, black, cotton dress which was well suited for the double duty of Mass and funeral attire.

I wrote the above words more than two years ago. I’d meant to finish the story countless times, to tell the beginning and the end. But, for some reason, I let it sit unfinished. Perhaps, I was unconsciously waiting for the outcome to solidify, waiting to make sure it was indeed a reality and not some short-lived hope which would unravel with time.

So now here I am, ready to explain why I needed to dig through my closet for that dress. I’m ready to share the ending of that fateful trip, as well as its enduring lessons of faith and forgiveness that are so relevant at this time.

January 2017 began with a bang. Or I suppose if I’m being less dramatic and more factual, it started out with a ringing cell phone. The caller was my sister. She and I had had a falling out some years before, so the call was unexpected, though not at all unwanted.

I answered with equal measures of excitement and curiosity. Unfortunately, rather than a light-hearted long-distance reunion, my sister had the task of telling me that our father was in the hospital on life support. The prognosis looked grim.

In the span of that brief conversation my younger sister and I forgot all the hurts that we’d kept as a wedge between us and we focused on the task at hand. Namely, we made a unified plan to rally to the deathbed of the man whom we both called Dad. My father, his wife and two of my sisters (the two with whom I share a father) all lived in Florida at the time, so a plane trip was necessary on my part.

A couple of days later, having made the journey south alone, I crossed the threshold of a stark ICU room and swallowed hard as I tried to identify the bloated figure lying lifeless in the bed before me. The spry, handsome, Cuban man who lived in my childhood memories had undergone a metamorphosis. I searched his face, masked behind tubes, medical tape and wires, but it looked unfamiliar.

Additionally, since I’d been mostly estranged from various members of my paternal family for years, I found myself in an awkward position. We had shared history and a common purpose for the moment, but the void between those of us standing beside that hospital bed felt expansive. I wasn’t sure how to navigate through it. We’d become familiar strangers.

Rather than overthink the situation or pre-plan my responses, which I’m too often guilty of doing, I simply lived in each moment for the next few days. And sitting there beside the immovable body of our dying father, we slowly put our family back together. In truth, we didn’t consciously tackle our differences; we simply immersed ourselves in communion with one another. We laughed. We talked. We hoped. We remembered we were a family.

I suppose that it’s worth mentioning that our less-than-conventional family was pieced together over time. My two paternal sisters and I each have a different mother and we didn’t grow-up in the same household. If we depicted our family tree it’d look like a Corkscrew Willow. But even the twisted Willow has a stabilizing, central trunk. For us, that was the man around whom we were holding vigil.

When Sunday arrived, I pulled the black dress from my suitcase and wore it to Holy Mass. I offered prayers of gratitude. Though we still weren’t sure if our father would survive or what his survival might look like in the long term, the initially dire prognosis had been pricked by rays of hope. And kneeling in the pew, I was grateful that, no matter what the outcome, my father’s legacy of enduring love, fierce passion and tenacity would live on in the members of the family he’d knit together.

On that glorious Lord’s Day I came to a renewed understanding that God can work through the most unlikely of circumstances and in the most unlikely of characters. There is no situation nor person that cannot become a new creation in Christ. I recognized my long-standing prayer for reconciliation and healing had been answered inside of a cramped ICU room.

I am sorry that it took the impeding demise of my father to shake loose my attachment to old wounds and grudges. But I’m eternally thankful that I got that opportunity. And even more importantly with the passage of time Jesus pruned away the deep-seated roots of unforgiveness which had become obstacles not only in my familial relationships, but to His movement in my soul.

Sr. Lucia dos Santos, one of the child witnesses to the apparitions of the Blessed Mother in Fatima, Portugal prophesied before her 2005 death. She foretold that the final battle between Christ and Satan would be a fight over marriage and family. My own family bears the scars of that war. But scars don’t equal defeat. Instead, with time and healing, they can become distant reminders of the trials we’ve endured and the strength and wisdom we’ve gained in persevering.

Before my visit ended and I boarded a northbound plane, I had one last chance to lay eyes on my Daddy. Fully cognizant that it might be the last image I’d ever capture of him, I intended to savor it. With that intent in mind I entered the hospital room to say my goodbyes.

But God had other plans for me and for my paternal family. When we entered the room our father lifted his eyelids and scanned the faces of my sisters and me. He called us each by name as a single tear escaped the corner of his eye. We knew that he would recover.

In that moment, I understood the power and freedom that comes from forgiving “not 7 times but 77 times.” I experienced mercy, given and received. And the measure of my faith increased not simply because Christ restored my father’s life, but because He resurrected the love in our hearts and that love need never die.