Wasting Our Treasure on Christ 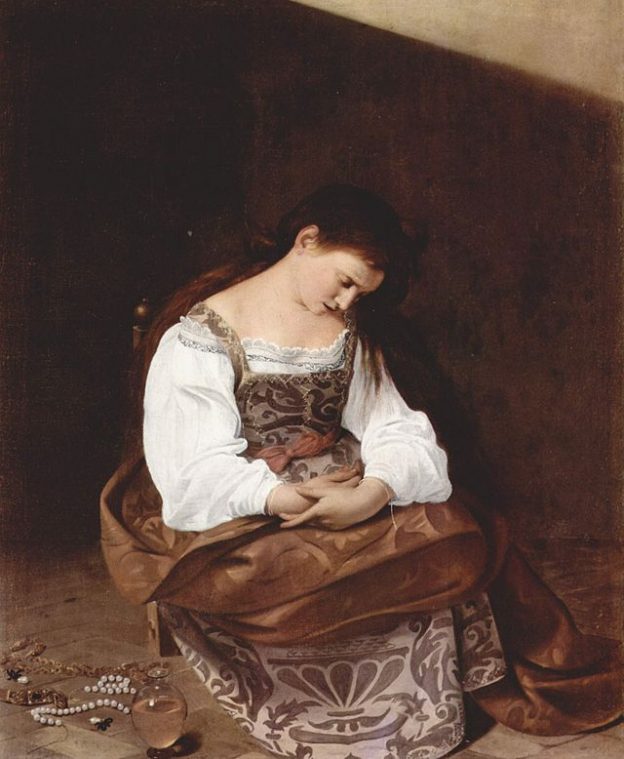 Shortly after having given birth to my first darling daughter and fourth child, someone suggested that I seek employment working with special needs children.

I hadn’t been soliciting advice or job hunting, but I guess the messenger found it reasonable to imply that we should move beyond baby-making; seeing as we’d finally managed to have that elusive girl-child and that our dream of having a large family had been fulfilled (according to societal standards).

A Shame to Waste So Much

After all, money, time and effort had been spent on my education, so it was a shame to let that investment go to waste as a stay-at-home mama.

Clearly, I had an affection for tiny people, but I needed to channel that passion toward an avenue that involved a pay check (or at least that was the sentiment behind the suggestion).

Throughout the years more than a few of my mother-peers have bemoaned the fact that their academic degrees serve for nothing more than expensive wall decorations. I think my friend was trying to help me avoid that dilemma (though I hadn’t honestly considered my situation to be problematic).

Admittedly, our finances rarely included any wiggle room and I wouldn’t have minded having the ability to buy new shoes for the children without having to realign the whole month’s budget.

But all along our path, my husband and I had discerned a clear calling to educate our children in the home. Therefore, I entertained this person’s advice for about thirty seconds and then moved on. Thirteen years and four more children later, I haven’t often reconsidered that conversation, but hearing the story of the woman with the alabaster jar (Mark 14: 3-9) in the gospel reading sparked my memory.

Though the Palm Sunday gospel included much material for reflection, this one woman’s action and the response it ignited captivated my attention.

A nameless woman entered the house of Simon the leper clutching an alabaster jar filled with expensive, perfumed oil. Finding Jesus reclining at the table, she went to Him directly and, without hesitation, broke her jar open.

Like the powerful aroma of chrism oil, the whole room must have been infused with the fragrance of that spikenard as she began pouring it on Christ’s holy head. However, before the scent of her sacrifice was fully inhaled, the indignant bystanders in the room began chastising her.

What a waste, they accused. The oil had been worth three hundred days wages and in their estimation it was selfish of her to recklessly dump out something so precious when it could have been sold for a profit.

There were poor people who could have benefited from the earnings, they quipped. Why hadn’t she considered them?

Hearing the story, I could relate to her motivation. This anonymous woman knew Jesus personally. She had heard His words, felt His presence and seen His miracles and her heart had been penetrated to its core.

Genuine love always leads to a desire to give without restriction. Click To Tweet Clearly the woman with the alabaster jar loved Christ and that love demanded action.

Treasure of Being Woman

This ability that I have as a woman, to receive and nurture life, is my priceless treasure. I could offer my talents and time to help others beyond my family circle and that could indeed be a great benefit to the world.

However, I wasn’t called to give in that way right now; just as the woman wasn’t supposed to sell her oil.

When my friend advised me to get a job, she was thinking like the crowd in Bethany. She calculated that my efforts would be better spent in paid service outside of my house as opposed to the work I am doing inside my domestic church.

I’m not saying that every woman is meant to expend her gifts in the same way.

My daughter, the one who precipitated that comment, has long been claiming a desire to follow a vocation to the religious life. If she is indeed meant to dedicate her life to such service, than for her to do anything else could be a disservice.

The woman who has a serious reason to postpone a pregnancy may need to relinquish her want of more babies. Or another mother who desperately wishes she could stay at home might be called to carry the burden of financially supporting her family in the workplace.

There used to be a popular acronym WWJD (What Would Jesus Do?) that people referenced when making a decision. Certainly, when applying this ideal we could justify a great many worthy actions, but the better question may be What Would Jesus Have Me Do Now?

Selling that oil would have been a worthy action, but in the moment the better action was the anointing of Jesus in anticipation of what was to come.

Each one of us must seek Christ out in our individual lives: to listen to His words in the gospel without the worldly filter, to acknowledge His Presence without doubts, and to accept the miraculous without detraction.

When we allow our hearts to be pierced through by His love, we’ll joyfully become fools for Christ, willing to recklessly waste our treasure on Him alone.