2015 March for Life: Why I Hate Marching But I Must 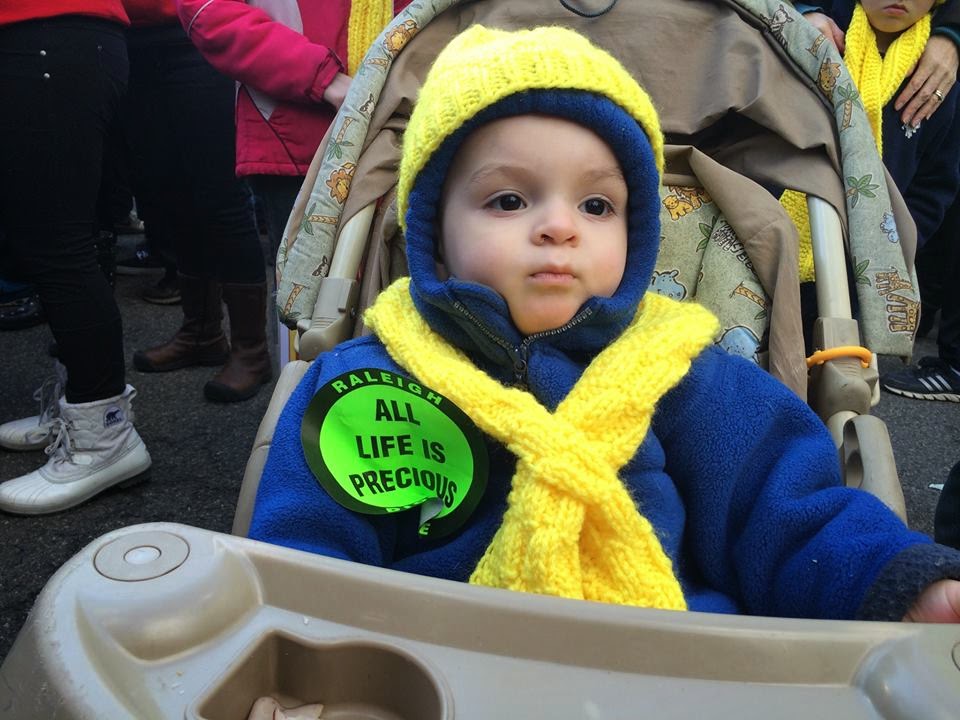 Thursday morning started out way too early. By the faint light of the moon, we rose at 4am and began the task of getting ten people woken up, bundled up, filled up and buckled up.

Spirits were high, though still a bit groggy, when our big van rounded the driveway in route for a long journey. After completing an internal inventory of gloves, lunches, coats and kids, I tuned in the radio.

Like a wild fire doused with buckets of water, my heart was temporarily depressed as the newscaster reported that the Unborn Pain Capable Act had just been shelved by the Republicans. An insult to the injury that marked this day, I considered the timing of that decision a direct hit meant to snuff out the hopes of so many faithful who, for the 42nd time, were planning to put boots on the ground in the capitol city.

The Tiny Person in My Lap

Just less than thirty minutes later, we dashed onto the buses that pointed north. Sometime after roll-call, a blessing and breakfast, the baby on my lap relented and let sleep carry him away.

Sitting there admiring that little person, remembering the prayers I’d prayed to get him and the trials I’d endured to keep him, my heart felt heavy as salty tears tried to form in the corners of my eyes.

At that same time, the bus captain pressed the play button on a pro-life video in which a cast of players detailed the horrible history and statistics of abortion. A worthwhile film and one I’d watched last year, my mind went into overdrive in an attempt to ignore the movie.

My avoidance wasn’t connected to boredom, but to a self-preserving strategy that meant to guard my already fractured heart.

Thoughts of the Sacred Heart of Jesus burned in me. My stomach hurt thinking about the wounds He bore for such an ungrateful humanity.

That Unborn Pain Capable Act my representatives cast aside would have given legal protection to a child at 20 weeks gestation and beyond. Thinking of not so very long ago when the body on my lap was wriggling inside of it, anger stirred in me as I thought about how easily another mother could execute her child even up to his/her date of delivery.

At its inception, proponents of Roe vs. Wade focused their arguments on the false debate that abortion didn’t end a life; it simply ended a pregnancy (as though pregnancy, when unwanted, doesn’t actually involve a baby).

Now with the advent of ultrasound, that argument fails. Common sense should dictate that good medicine would focus on truth and well-being thus eradicating the tragedy of abortion; but instead, the blood thirty Planned Parenthood-minded puppeteers simply rewrote their talking points.

Today, a woman’s right to comfort and ease trumps a baby’s right to life (end of story).

Taking Evil to a Deeper Level

This shift in debate takes the evil of abortion to a deeper level. While once young and frightened mothers could mask their deed behind the shield of ignorance, today they see clearly that the appointment at the clinic is nothing less than a date with an executioner.

And who can sanitize the job of the abortionist who wholeheartedly forces not only the peanut-sized child from his mother’s womb, but today is free to kill her full-term child as well.

My husband asked me just last week how it is that I can still maintain a sense of shock and naivete whenever events like the Republicans’ refusal to stand by their public convictions occurs. I pointed out that hope causes me to invest in goodness, to believe that every sinner is only a step away from repentance.

Four hours later, the bus deposited our group in front of the Basilica of the National Shrine of the Immaculate Conception for a diocesan Mass celebrated by our bishop. 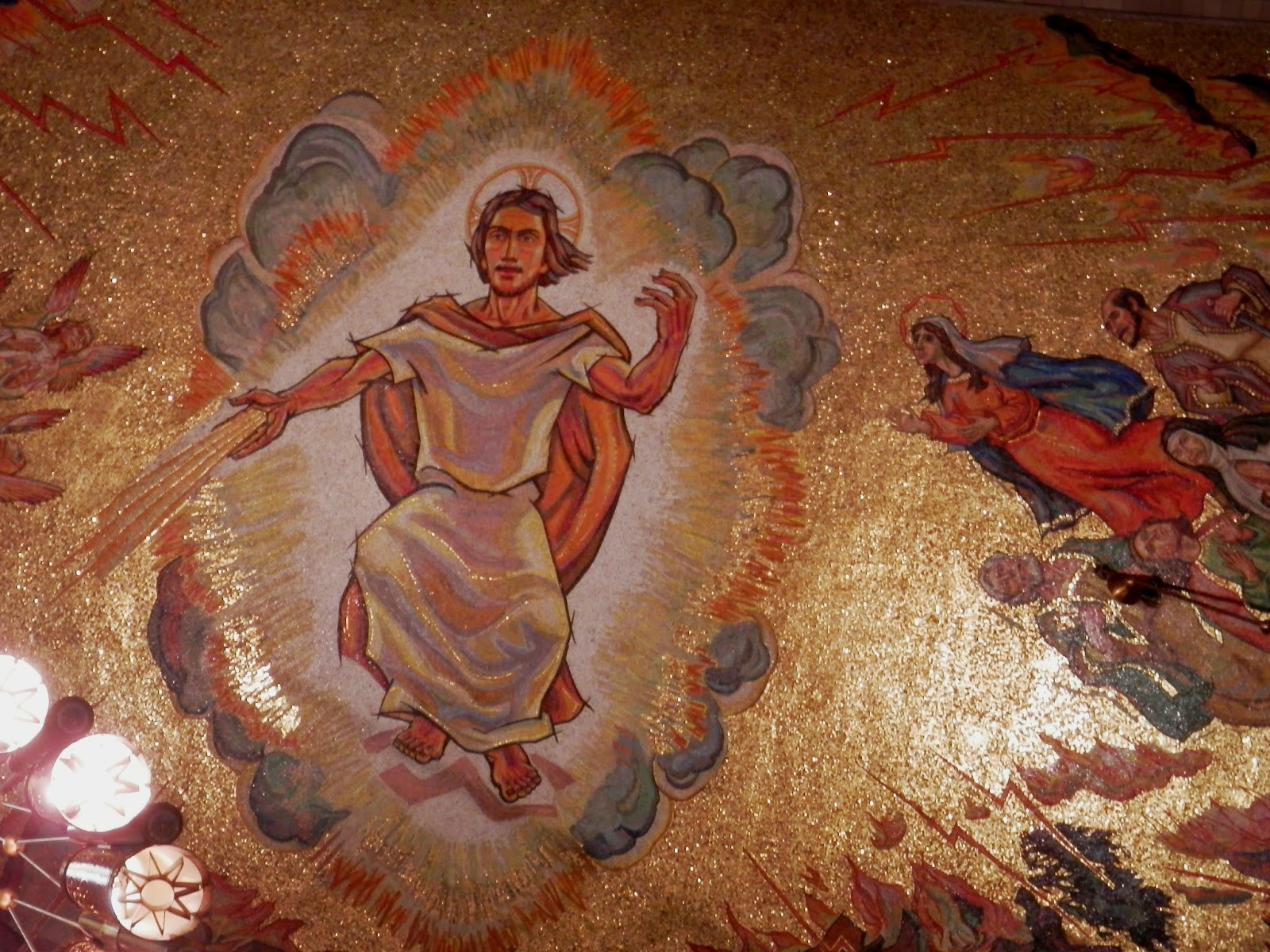 Taking our pew, my eyes spied an image overhead of Christ pouring out His graces. With saints caught up beside Him, I remembered Who we are all called to serve at every moment (most especially in the most difficult ones). I drew strength from the picture, encouraged by the holy men, women and children who persevered throughout the ages. 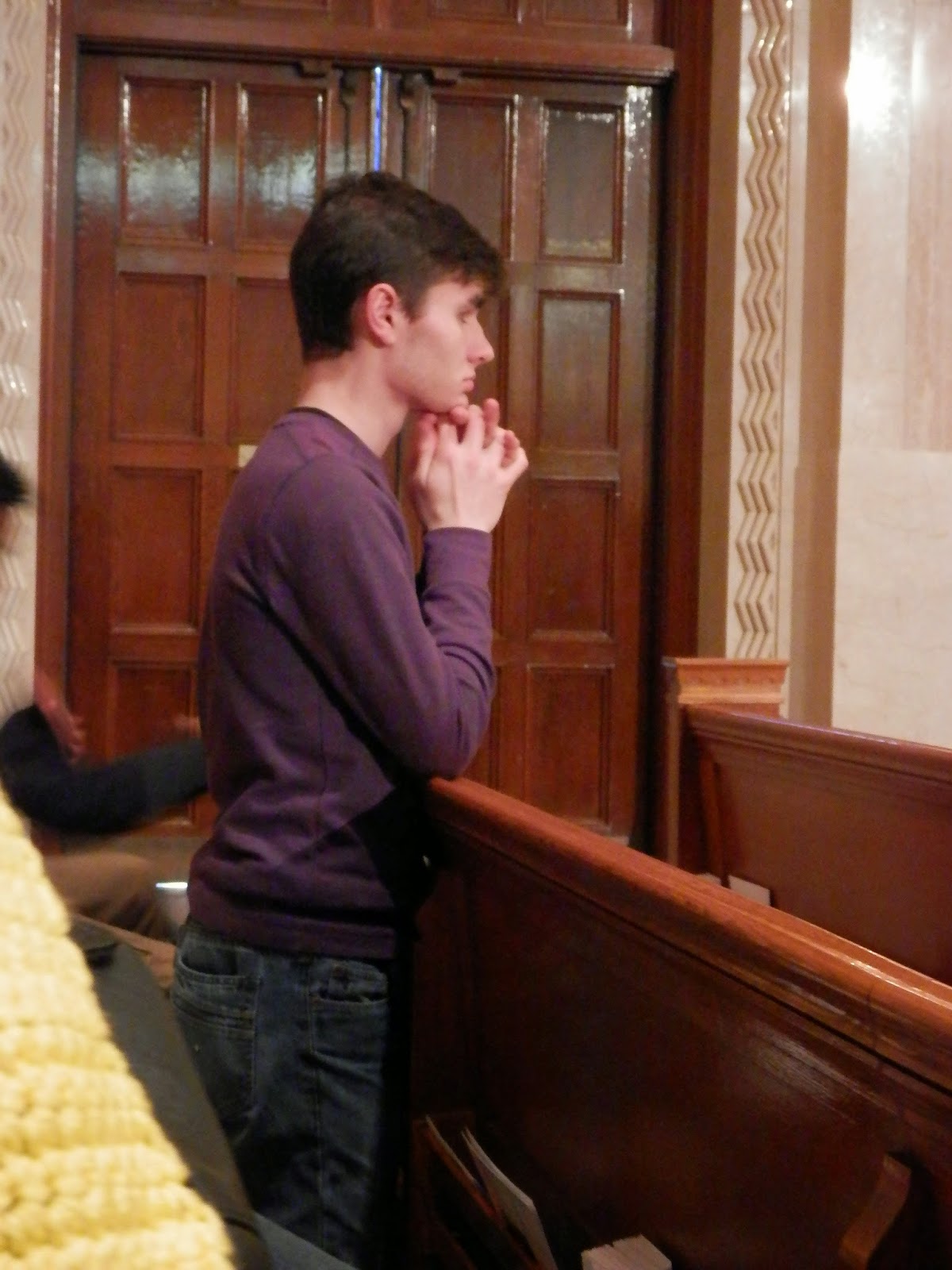 Gone to Do His Will

We were there for the Lord on Thursday, January 22nd, gone to do His will. Not matter if our representatives failed Him again, the opposition mocked us or our culture railed against His laws, we had to stay the course with ears open in obedience.

Later from our marching path, we caught sight of the dome of the US Capitol Building. Wrapped in scaffolding, I couldn’t help but find it a fitting visual for the day.

That majestic dome which invites the eyes upward has become weathered, cracked and eroded, like our government itself. Its beauty now shrouded under construction; it distracts the onlookers attention, keeping us earth-bound. 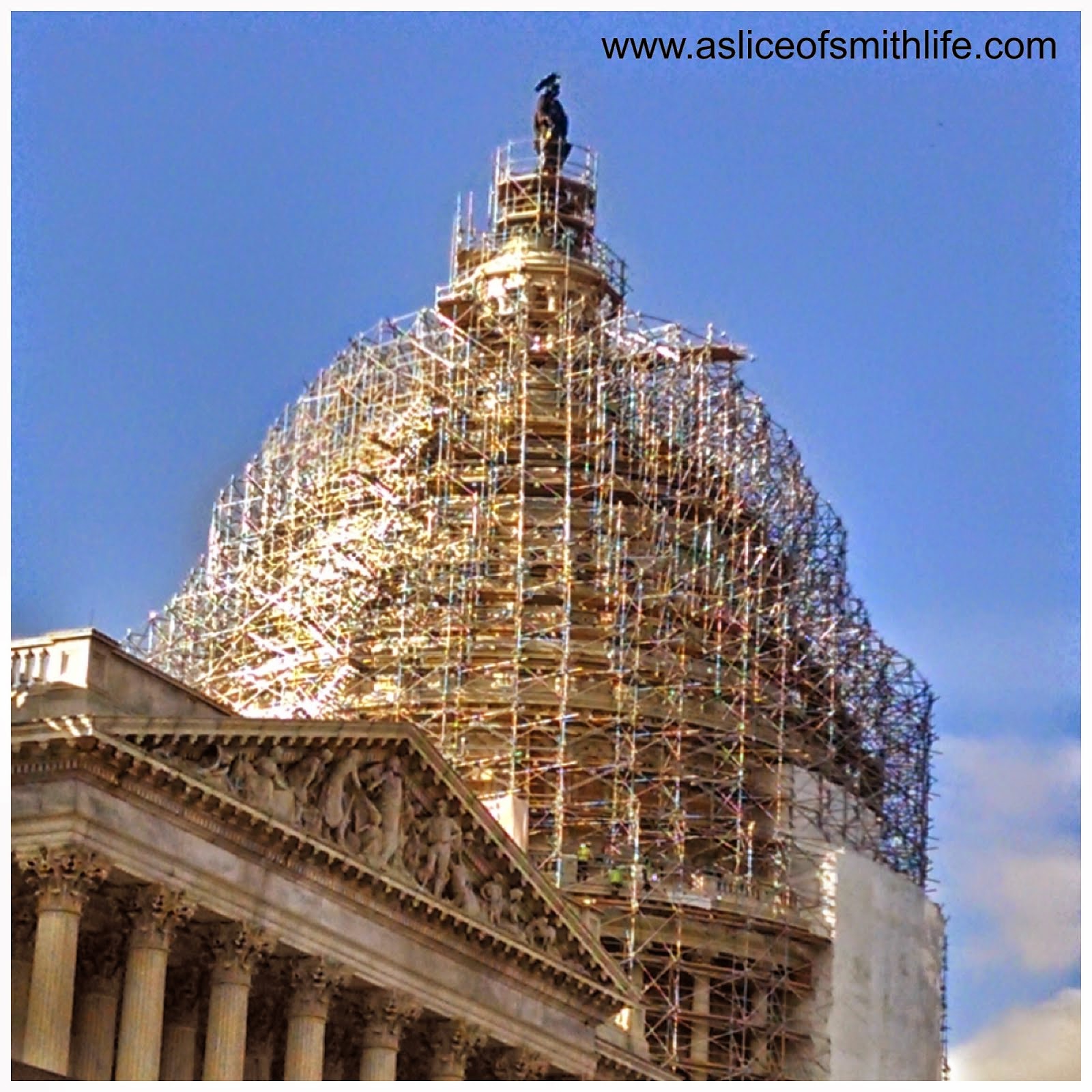 No matter what the appearance on the outside, the same structure exists inside, a structure erected under and to the Creator’s precepts.

For 42 years, this pro-life march has been tread down the streets of our capitol and the halls of our legislatures.

For 42 years, unborn citizens have suffered the injustice of being discounted from the rally cry that ‘every life matters.’

For 42 years, the blind and deaf have stood in our governmental assembly whimpering a cowardly refrain and abandoning their convictions when the winds of self interest blow in their direction.

In juxtaposition, for 42 years, faithful men, women and children have come forth to speak with unrestrained lips, giving testimony with footsteps, to the glory of God and His creations, born and unborn.

Though we may tire of the task, feel un-welcomed, discouraged or overwhelmed we must and will continue to carry our signs, hold fast to our convictions and march forward until the day when every life matters according to the law and in every heart. 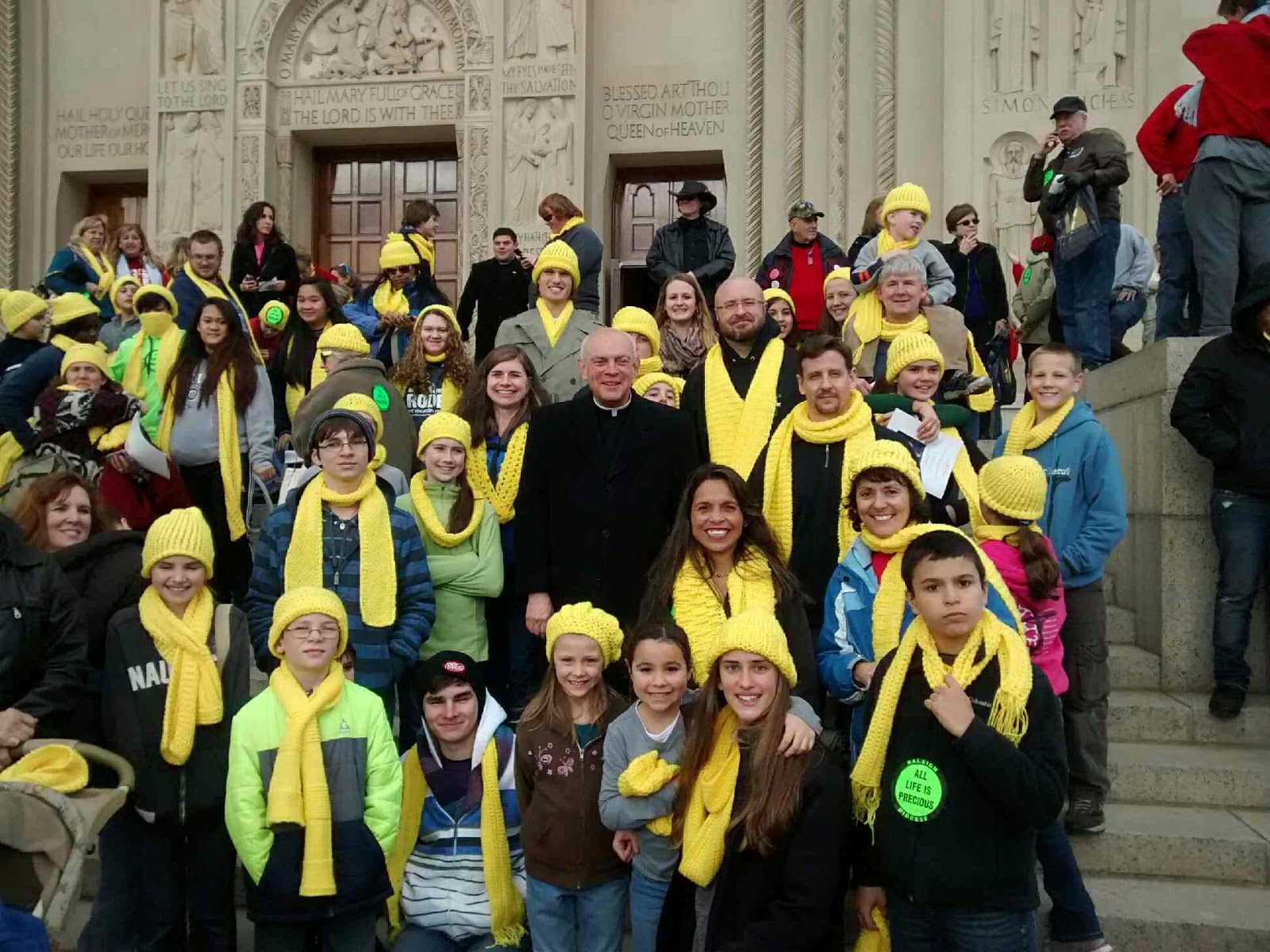