Stepping Through Our Doors to Minister to Those on the Outside

Updated on July 2, 2014 By Tara K. E. Brelinsky 7 minutes read.
With a ten month old at hip, I’d taken up my usual place at the rear of the sanctuary so as to distance my noise-maker from the attentive audience. It was Pentecost Sunday, the Church’s birthday, and Monsignor was traversing the aisles between pews. A pine branch in place of the aspergillum, he was dotting his parishioners with holy water blessings. 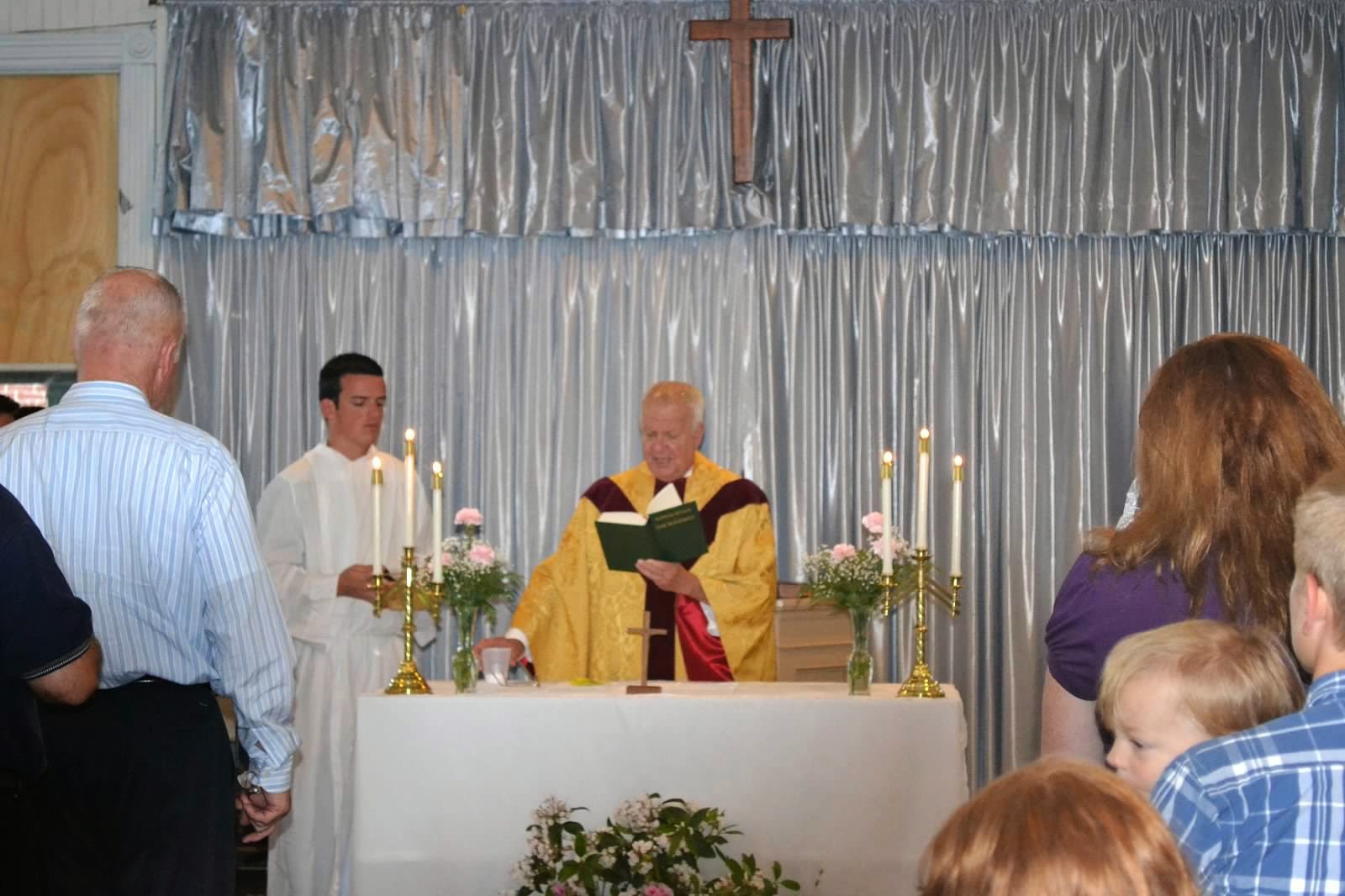 He seemed to take an extra long time, weaving through the maze of pews, all the while dipping and flicking that broken, wet branch. Just when I thought he’d direct his path towards me, he turned again done another row. Of course, paying attention to the details and taking extra care in sacred matters wasn’t surprising, this was Monsignor Williams after all. And while not exactly as dismissive of time as St. Pio of Pietrecina (who was known to celebrate three hour long Masses), he wasn’t in the habit of curtailing the Lord’s Holy Sacrifice in order to satisfy forty-five minute man-made quotas either.

At long last, Monsignor and his faithful altar servant strode back in my direction. Positioned several feet behind the last row, I prayed the sprinkled blessings would reach little Pio and me. Then, to my amazement, Father not only hit my target, but he brushed passed and pushed open the heavy, wooden doors behind me which led to the community room. While most priests might have contained their ministry to inside of the sanctuary space, he recognized there were sheep beyond the confines and, like the Good Shepherd, he sought them out.

Keeping in mind this pastor, who (only weeks away from “retirement”) struggles with the physical challenges of an aging body, I was struck by this living testimony of the gospel. Typically, those of us resigned to the far corners of the building (i.e. basements, corridors and cry rooms) have to take up our cross and, like the land-locked crowds facing Jesus’ boat, be satisfied with the grace that come through speakers and TV screens. 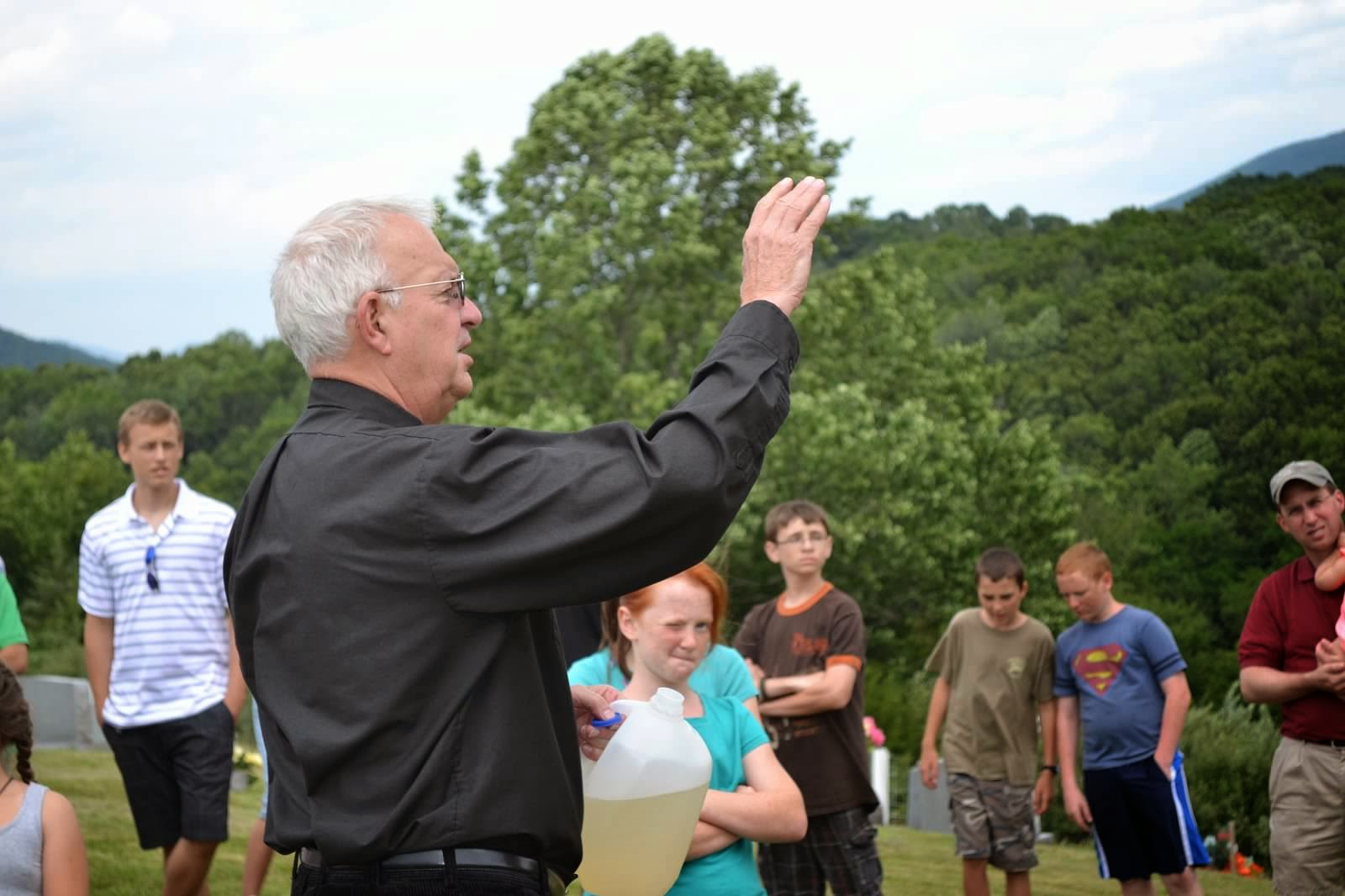 Watching Monsignor meet his parishioners where they were, I thought about the importance of stepping outside of our comfort zones, of being Jesus’s hands and feet beyond the beaten paths of our ordinary, comfortable travels.
A few friends of mine have children with special needs and they routinely face the challenges of not only meeting their daily needs, but of dealing with the misunderstandings and harsh criticisms of bystanders. Understandably, I admit my own irritation when I encounter some wild child running amok in the superstore while a parent stares mindlessly at a smart phone or the unconsoled wailing of a toddler (who isn’t being removed) during the Mass readings. And it is true that parents do need to discipline appropriately and occasionally remove disruptions. But with that being said, those parents and children are no less in need and perhaps might be more so in need of Christ’s presence.
One particular Sunday, I heard a bit of a ruckus as Mass was being offered. Shifting my gaze sideways to the other side of the sanctuary rear, I watched a weary mother trying in earnest to juggle two little girls by herself. I could read the frustration on her face as she fed the more rambunctious of the petite darlings Cheerios and pushed a sippy cup her way. As the littlest one twirled, I saw the mama take to the kneeler and close her eyes. I imagine she was praying for peace or perhaps, like I have so many times, laying out her sorrows and begging for her sacrifice to be enough.
At some point in the Mass exodus she disappeared and so I never had the chance to introduce myself. But I overheard a conversation of which her children were the topic. The noise had not gone unheard and fellow parishioners were voicing their displeasure.
Sadly, they weren’t privy to the lone mother’s struggle that morning. They hadn’t seen her solo-parenting arrival nor watched her face contort in vexation as she longed to soak in the Word, but was instead focused on keeping her girls’ winces to a dull roar.
Laying aside the cry room debate and the Mass isn’t a picnic argument, I think the problem is that we so often want to stay inside the parameters of our self-designated space. We can so easily discount those who are on the “outside.”
About eight years ago we belonged to this wonderful, tiny parish of mostly retired couples. As the parents of six with another on the way, we stood out (I mean really because we barely managed to cram into a pew). No doubt our family may have brought some before absent disruptions, but rather than eye our brood with suspicion we were adopted and assimilated. Our children breathed some youthful life in to the church and we learned to be better parents under the tutelage of our more mature peer.
The grandmothers of St. Catherine’s were quick to grasp a small, wandering hand or invite a fidgeting Brelinsky to sit beside them. They remembered well the difficulties of parenting their own and so easily slipped on our “shoes.” And our children sensed the camaraderie, they recognized that mom and dad were not flying solo, but that we were all members of the Body.
Like Monsignor, the members of that parish didn’t restrict Jesus’ reach. They took the time to meet us, know us and minister to us. They could have stayed planted in their “designated” pews and kept close company with established friends, rather than widen their circle and include us. My family would have suffered for it because while God would draw us far from that location (due to a necessary move) less than two years later the graces we received continue to this day.
I wish I had had the chance to encourage that frazzled mother, to offer her a compliment and a warm smile. To show her that Jesus does indeed want the little children around His table. I wish more people took the time to connect with the parents of special needs kids. To recall their inherit dignity and extend compassion and mercy their way.
In this age of pseudo-social kinship, we are failing all too often to make legitimate connections. We need to press open the doors and meet people where they are. Get to know one another, identify with our common ground and minister to one another’s needs, so that some day no one will be left outside.