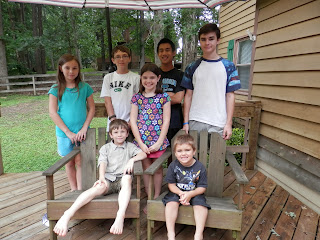 “We’re borrrrred,” said the children of Brelinskyville until their mama (me) had had it up to here (hand raised high in the air). “Go outside, play chess, clean your rooms, build a Lego tower, etc., etc., etc,” I repeated ad nauseum. And then the day came (THE DAY of all days) when I set about to banish boredom from our corner of the world FOREVER.

The idea can’t really be claimed as an original because I’d garnered the knowledge from some other wise mama, who long ago had had it up to there. But on this day I made it my own. I took pen to paper and wrote out fabulous activities and creative chores. Then, I snipped the boredom busters into single strips which were folded and piled high in a jar.
The key, I decided while brainstorming, was to include more chores than fun stuff so as to make it a bit less enticing to utter the hateful words. However, not wanting to throw a monkey wrench into our routine distribution of household jobs, I included only out of the ordinary tasks.

Once complete I set that jar in a prominent spot and declared that the word bored was no longer listed in the Brelinsky dictionary. Henceforth all residents heard proclaiming the banished term would be immediately required to remedy their own ills by picking a boredom buster from the jar.

“Grumble, grumble, groan,” they retorted, but I stuck to my guns. By week’s end the word rarely crossed their lips. Now, several months later, I am thrilled to report that my children seem to have all but forgotten that dirty little word.
S-U-C-C-E-S-S!! 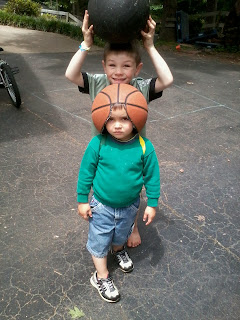 Recently, a crafty child attempted to tell me, “There’s nothing to do,” but I quickly revised the law to include all manner of synonyms and sent him to the jar. I’ve also decided to create a second jar for outside activities since apparently our giant, homemade jungle gym/swingset (with 3 slides, a climbing wall, 4 swings, a rope and a fireman’s pole), 30 roaming fowl, 2 dogs, 20 assorted sports balls, 10 ride on bikes/cars, basketball hoop and badminton net don’t inspire the imagination.
So, if you’re kiddos are bombarding you with their boring babble, then give it a try and banish the boredom blues for good. It’s cheap, it’s easy and my experience has proven it can be done.

Ideas for your jar: