The house was buzzing with the usual school morning routines. There was foot traffic up and down the stairs and hallway, dishes being banged and stacked, and water pouring through the faucets. The dog was rubbing against every available leg and a rooster was crowing in the distance as the clock clicked passed 8:30.

In an attempt to corral my students to their assigned seats around the table, I grabbed my wooden beads and began that familiar recitation of the rosary. Like the Pied Piper’s entrancing tune, my rhythmic words drew my children forth one by one.

Seated on the low hearth, my bent legs formed an easy-to-reach perch which my 14 month old found irresistible. Every other minute he would race toward me (with a big, beaming grin) as I prayed and then throw his chubby leg onto mine.

Without exchanging words, he made his intentions clear. I appeased his repeated attempts to climb unto my open lap by offering him the gentle extra lift he needed to shimmy his soft body into balance. Seconds after he’d abandon me and toddle off. By the third sorrowful mystery, he’d made his way up and down, around the table and back again no less than a half dozen times.

Finally, his attention flitted in another direction and he wandered toward our dog and some missed crumb he felt needed investigating. My six year old saw the opportunity he’d been waiting for, so he carried his beads and himself in my direction.

Of course, keeping my focus on the mysteries of the rosary was difficult (as usual), but who could turn down a little more snuggling? Just as the first grader straddled my lap and a new Hail Mary crossed my lips, the toddler rounded the table again and cast a long, hard look in my direction.

His eyes widened and his thoughts flashed in them. That place he’d left empty (his lap) was filled and he wasn’t happy. With eyes locked on the target, he hurried toward the hearth as fast as his fat, naked feet could move him and then reached out to yank his big brother’s shirt.

Maybe it was the grace of the prayers or maybe my six year old just possesses understanding beyond his years, but he easily surrendered to the chubby fisted aggressor and took a seat on the bench.

It wasn’t surprising really, considering his age, but it was the first time I’d seen the hot spark of envy well up with such intensity in this littlest one. That quick, accusing glance he’d shot in my direction as well as his determination to unseat his competition were such visceral responses.

Having only lived a little more than a year “on the outside,” he’s not old enough to have to worry about the rat race or to be concerned with what the Joneses are keeping up on, but still it’s in there. That deep-seated vice of envy is rooted in his human fallenness.

I saw a picture posted on my social media feed the other day. It caught the excitement on the face of a woman opening the latest (and self-proclaimed greatest) cell phone. News reports stated that people spent hours lined up outside stores to ensure that they would be among the first to get their hands on the newest tech gadget. It’s doubtful that the purchasers were actually fulfilling a need for a new phone; more likely they’d been happily texting away on their old phones before they caught wind of the rumor that someone else might upgrade before them. 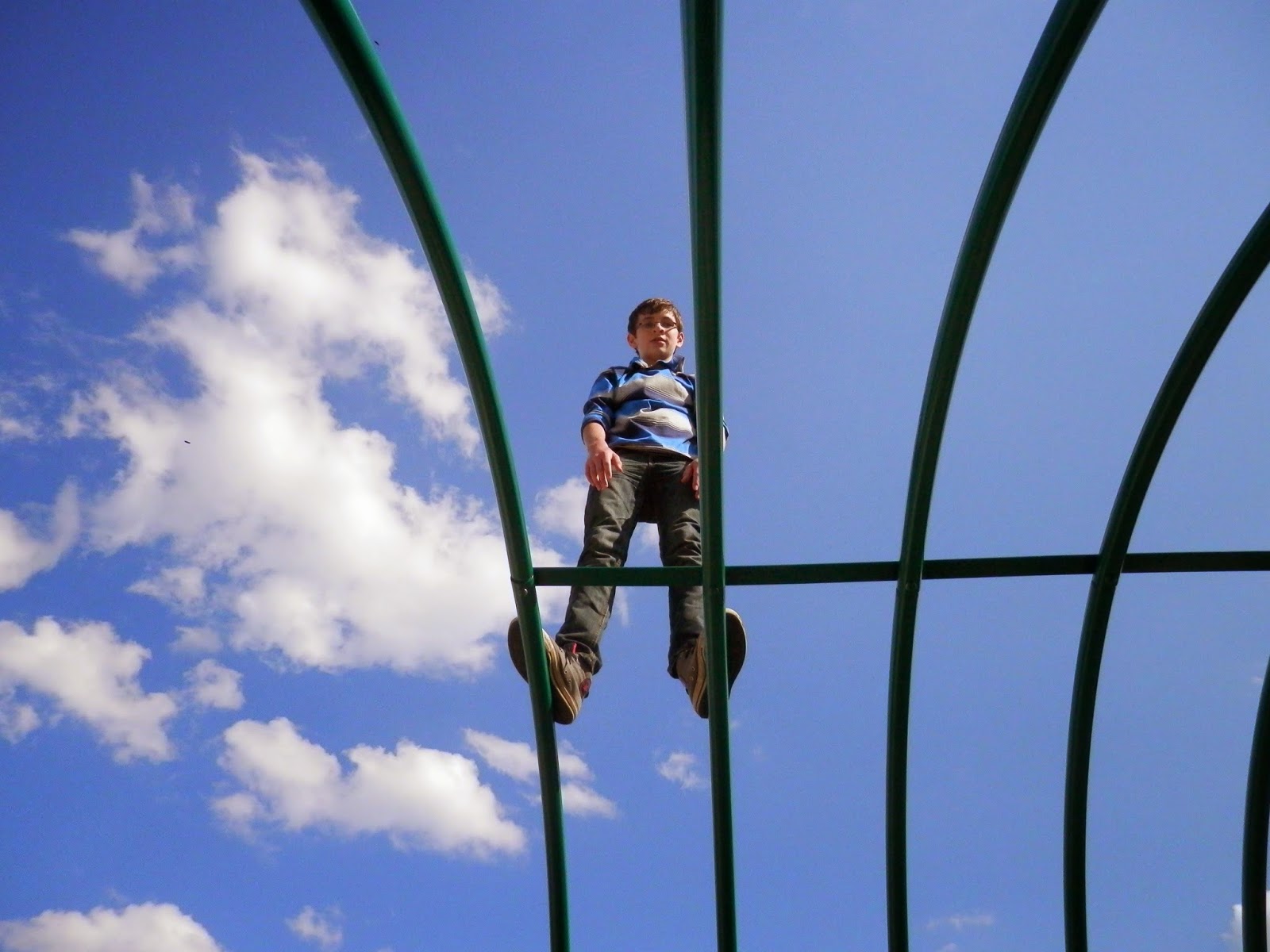 How many times I’ve arranged some fun field trip to the park with friends only to get bombarded with whining pleas for more time or a newer venue. Rather than enjoy the giant climbing structure, swing into the atmosphere, or race the length of the open spaces with the present friend, the focus shifts to some imagined play date which is always somehow less boring.

And if I had to do some self examining, I’d too easily be able to identify my own weakness here. All those social media pictures of beaming children posed next to Mickey Mouse or blogger tales of posts gone viral inspire me to envy, too.

There’s so much insight to be gained from the gospel story of the laborers who came late in the day (Mt 20: 1-16) when I think about our struggles with this vice. The landowner in the parable was a generous employer who spent his day seeking out unused laborers. Throughout the daylight hours, from early morning to just before closing time, he hired men to work in his fields. Imagine the gratitude of the guy who’d been over-looked all day when the employer finally hired him.

Of course, those who’d worked the longest assumed they would be paid a greater share. They deserved the most in their estimation and I’d have to say I would have agreed. Then came the shock and grumbling when they discovered that every man, no matter how late he was in arriving, got paid the exact same amount.

The employer, however, reminded the disgruntled workers that he paid them according to the agreement. They were not cheated. The landowner was free to disperse his money as he saw fit and he chose to be generous.

The story doesn’t say, but we might also consider that the late-to-arrive workers may have allowed the sweaty, tired, morning workers a bit of relief. Perhaps, some of the first to arrive were working at a slower pace when the reinforcements came in with some fresh perspective and energy. Regardless, the landowner, like God, was merciful and generous and didn’t limit his charity.

Who Were They to Lay Claim

Really, who were the workers to lay claim to the landowner’s money? It belonged to him and he was free to give it as he saw fit. Maybe those late arrivals, who still had families to provide for, were passed over all day because they looked weaker or less desirable. The employer, however, recognized their individual dignity and need.

Certainly all that fussing could have been avoided if only the landowner had divided up the wages in secret. Had he paid the early workers first and then sent them away, they would have been none-the-wiser about the pay scale. That would have satisfied their human desire for “equality.” And by equality I mean our human longing to get what we think we (apart from everyone else) deserve and need, as opposed to what God knows is necessary for our sanctification.

Think of the gratitude of the late comer when he carried that money home and laid it on the table. The anxiety he’d felt throughout the day, wondering how he’d feed his family, had vanished. The man who’d felt cheated probably forgot to be thankful and instead counted his coins with resentment even though he, too, could buy what was needed from the market.

It really is amazing how easily any situation can be transformed by humility and gratitude. Although we can’t afford a trip to Disney nowadays, we were blessed with a few days at the beach during the off-season. My husband could only share part of the time with us which meant I was on single mom duty. The forecast called for dismal weather each day and I spend the first night in the rental tossing and turning on an uncomfortable pull-out couch with a disoriented toddler. How easily I could have allowed myself to become a grumpy complainer, but I decided to consciously savor the blessings. 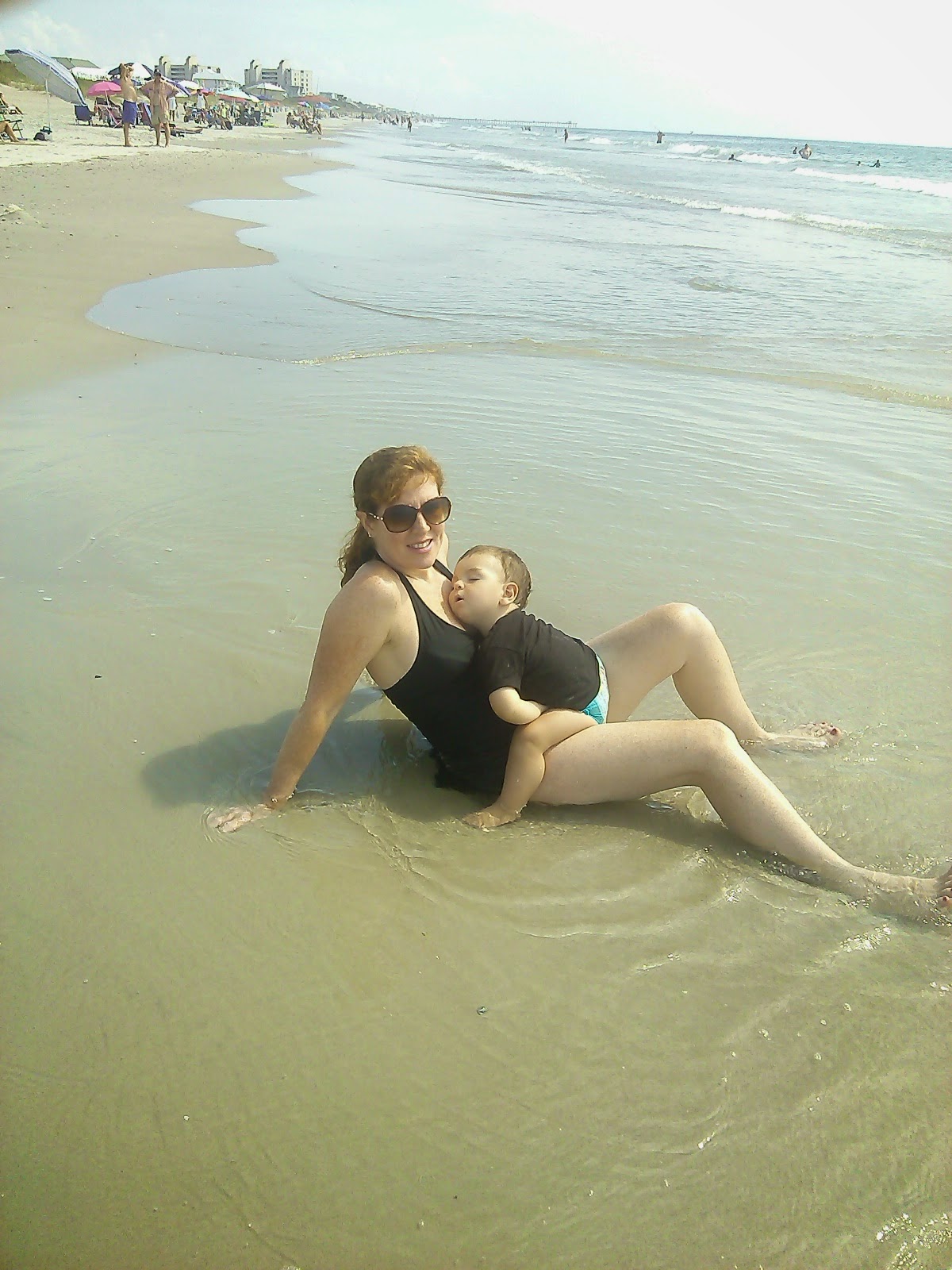 With that baby (who now couldn’t keep his eyes open after our restless night) propped against my chest as I sat in the sand with the water lapping up around us, I took the time to thank God for every bit of it. I thanked Him for the rain which stayed at bay that morning, for the warm water and the rolling clouds which lessened the sun’s intensity.

I Gave Him Thanks

I told Him how grateful I was for these children in my care, for the opportunity to wake with a needy little one and for the chance to rest on the edge of His ocean. Not exactly sure how many blessings I counted that morning or each one after it, but they were enough to fill my heart with contentment and joy and wash away my fantasies of being anywhere else. 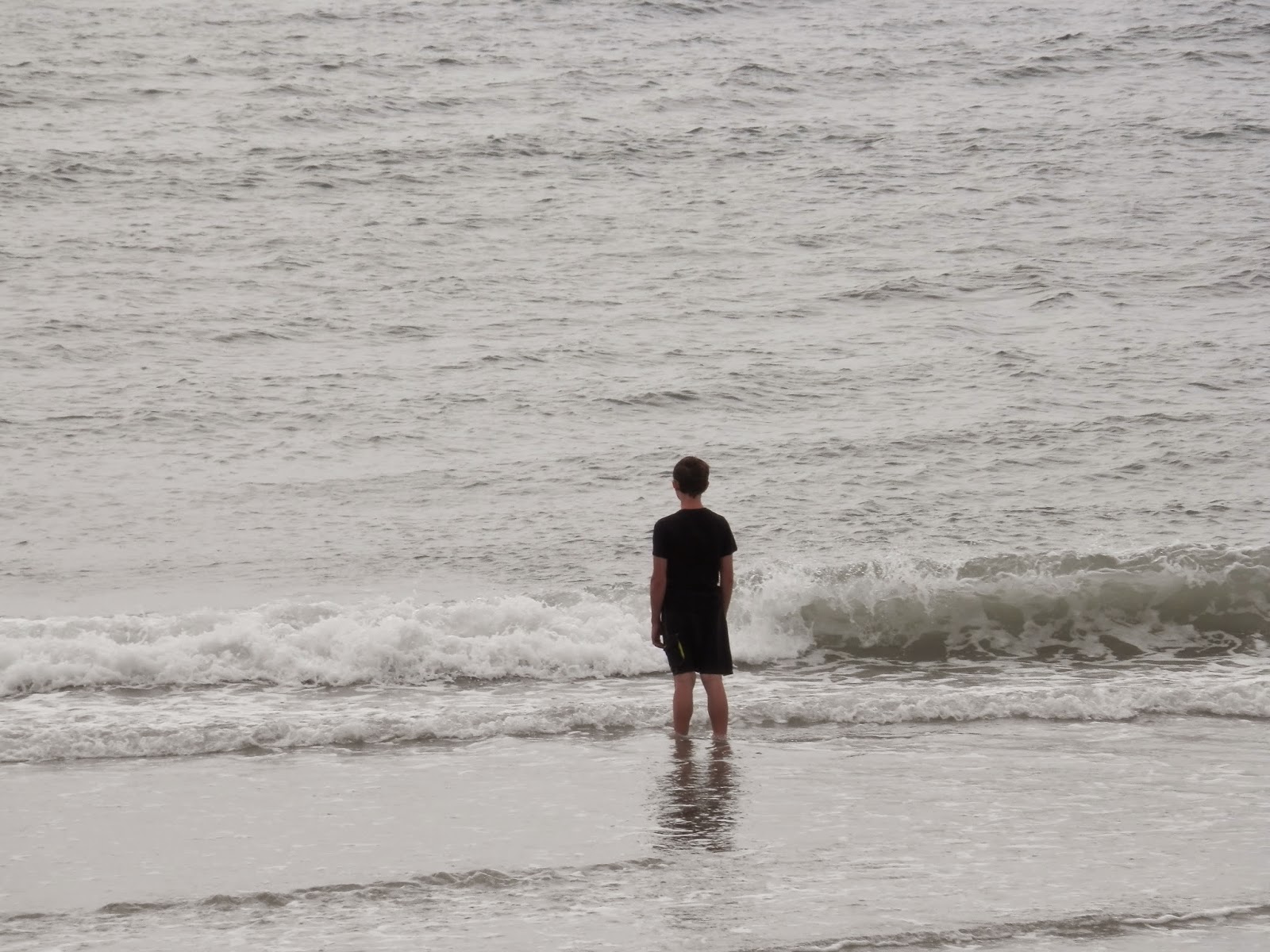 There’s nothing wrong with wanting some things: a lovely getaway, a gadget that helps get your work done faster, a park train ride with your buddy or a seat on mama’s lap. The problems come when we lose sight of what we already have or we second-guess what God in His all-knowing wisdom and limitless mercy deigns to give to us.

Hopefully, in time (and with maturity) my youngest ones will learn to say thank you more often than they say “but I just want/need…” I suppose that parable is a good reminder for me to do better as well. Rather than look over the fence (or on my social media feeds) to see what the other workers are receiving, I am going to count my daily blessings and be grateful for the abundance showered upon me.