Hanging Memories On Our Tree 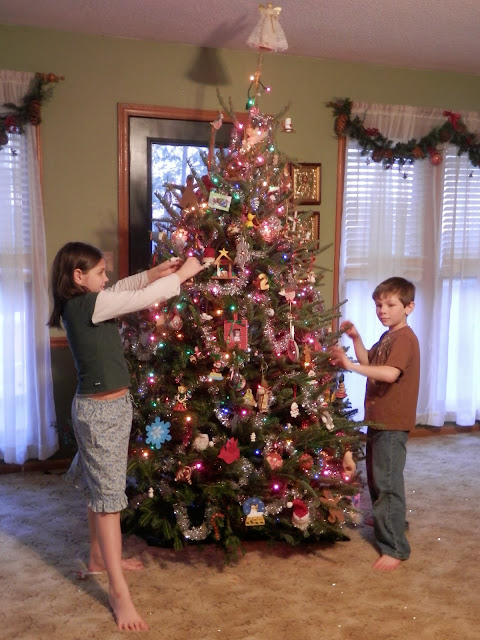 Too skimpy, too skinny,
too bitty, too bare,
the perfect tree wasn’t found there.

Back in the van we piled across the road we sped
as to Home Depot we fled.

Find the right evergreen we knew we could.
Fat and tall, full and green propped in front it stood.

Alas to home we flew our Christmas memories to renew.

Okay, I’m not a poet, but I suppose my sugarplum daydreams incited me to try. Anyway, this week found the residents of Brelinskyville scouring the remnants of Christmas tree displays. Thankfully our hunt merited success in a relatively prompt manner and the agreeable weather was an added bonus because it’s less than fun to maneuver our family of ten in and out of inclement weather. This year’s score didn’t warrant any crafty negotiating savvy, the price was reasonable and the budget stretched just far enough to cover the cost. 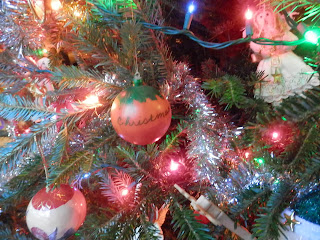 Despite my concerns otherwise, my husband was RIGHT (yes, there honey, I admitted it) and the tree managed to make it home without flying out the back of our trailer. Being as Christmas begins in a little less than two weeks, I opted to set up the tree stand immediately and have the piney fresh aroma lugged inside. The children were ecstatic and began begging post haste for the decorations to be released from their attic hideaway. All things in proper time and order though (meaning I didn’t have three hours to dedicate to that task at the time), so they had to wait. 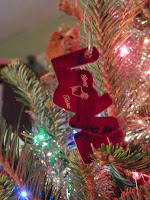 Well, here we are two days after setting that fat, round evergreen in the center of our family room window and I’ve finally found enough unscheduled time for the whole crew to rummage through the decades worth of balls and smiling angels. Even before our brood began to multiply (or I guess before we began to multiply into a brood), our collection of holiday ornaments started. There was the first Christmas orange to mark our newly wedded bliss in Florida and the “Greg ‘n Tara” key chain (which held the key to my very first car- a Dodge Dart) turned decoration. 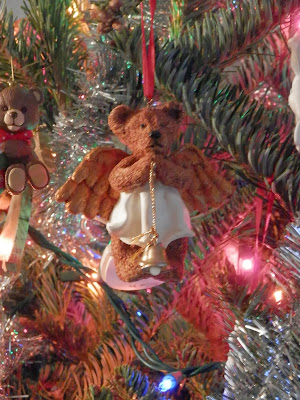 Having giving our firstborn back to heaven, we promised to add an angel every year in his memory. Of course, when our next son donned his first Santa hat we added a Big Bird figure to commemorate the stuffed animal that came home with him. And then son number three required his own “Baby’s First” Christmas reminder. Soon, our annual trees, once bare in the back, filled in with year upon year of memories. From the homemade paper cutouts to the felt robins, the decorations increased.

Today, as I was reclining on the couch with a sleepy nursling, one of our eldest son’s assumed my role as ornament distributor because it is only fitting for each child to get the opportunity to caress his/her own mementos of Christmases passed. Keep in mind this role requires a vigilant orchestrator to prevent Jude from hanging Lilia’s favorite puppy dog character from 2008 and stop an over excited Malachi from stepping on Sasha’s pile of delicate resin figures. 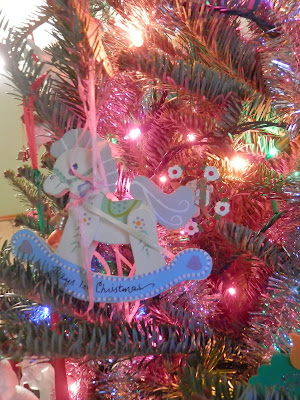 After the annual decor rules were recited (no more than 15 weighty decorations per branch, no attempts to stretch-armstrong your reach while standing tiptoed on a chair that’s shoved into the tree, no pushing, no shoving, no reclaiming a sibling’s prize branch in the front and center, etc.) the littles were unleashed. A flurry of arms and busy bodies buzzed in circles around our Douglas fir. Garland glitter flying, its deep green needles took on the camouflage of colored lights and silver hooked keepsakes.

Watching, I was reminded of a conversation I once had with a friend. She’d visited the home of a big family and had been thoroughly unimpressed by their version of a Christmas tree. Her own sense of holiday decor included well-balanced, tasteful glass orbs intermingled with a few lovingly hand-crafted elementary school art pieces. The big family’s fir, she noted, was bottom heavy and lacking in all manner of delicacy with big, clunky spidermans on top and tiny, beaded candy canes three deep on the bottom. 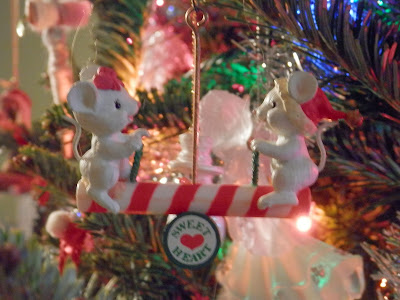 When the mad rush ended in our family room, I considered that conversation. Weighing my friend’s opinions against the finished product before me, I conceded there’d be no Martha Steward award forthcoming. Ours wasn’t a solid color, LED embedded designer tree draped in matching ribbons and bows. Rather, it’s a family memoir we erect each year; and certainly life lived among ten personalities could hardly be depicted as fancy and frilly and perfectly organized. 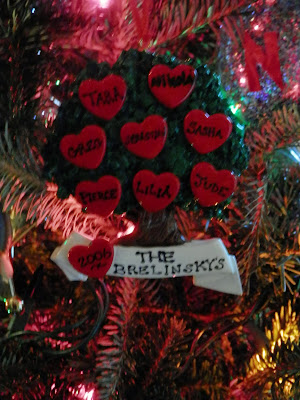 The hope is that as each child ventures out into the wide world to stake his/her claim, a shoe box will be stashed among their belongings. A box full of childhood memories captured in felt, paper and plastic. Indeed my hope is that my children will cherish these Christmas traditions forever and some day find themselves smiling as they hang their old favorite reminders among their own new set of roughly cut cardboard stars and monogrammed family keepsakes.