Rise Up And Shine, Taking The Lead On Pro-life Issues

Updated on April 16, 2013 By Tara K. E. Brelinsky 4 minutes read.
Having just returned from my travels, I was confronted with a pro-life dilemma. Currently in my state, there is a problem that has long needed to be addressed and rectified in the legislature, but until now I’ve taken a supportive role in the fight. Sure my family and I have marched on Washington, paraded in Raleigh, protested in front of the state government buildings and spoken to everyone willing to listen, but I have been contentedly in the shadows and not necessarily a leader in the pro-life effort. Now, God placed a new mission squarely in my maternity-filled lap and called me to rise up and shine rather than step behind and reflect.

Overtired and under-confident, I wept in frustration to my husband. Why would the Lord ask me to take this role on now when I’m busy home schooling, tired from this pregnancy and short on the resources to construct a thorough defense of my position? Surely there are many pro-lifers more savvy, better educated, more articulate and well-connected than me, not to mention some with time to spare.
As he often does, my thoughtful husband entertained my queries and emotional episode before he smiled consolingly and assured me that I could handle the task. Of course, alone I am insufficient, but if this mission is God’s He will present the defense, He will fuel the cause and He will direct my feet.
Still I worried that my time was too limited to prepare properly. Research was required, facts must be documented and assistance coordinated. And how in my smallness could I hope to be heard, to be taken seriously. A big bellied mother seems better equipped to orchestrate a lesson on sharing between toddlers than to maneuver through political hallways.
Then, the Word carried my thoughts back 2000 years, to the time of the Apostles. Good Friday passed and the resurrecting joy of Easter had renewed them, but still they were locked away in prayer. For what now was their mission, their purpose, in so large a world? In the company of Jesus, it must have seemed easier, easier to follow and to obey. However, in His absence where should they go, what should they do, how were they to find the courage to leave that room?
Perhaps, their smallness overwhelmed them at the thought of continuing Christ’s work. Perhaps, their ordinariness led them to feel irrelevant in such a wide world. Perhaps, their lack of understanding challenged the desire burning within them. Perhaps, their limited talents caused them to second-guess their ability to fulfill the call whispering in their ears.
Remember the Lord had foretold of His death and resurrection and yet they had not understood. When He prepared Peter for the time he would deny Jesus, Peter refuted the warning only to be disappointed later by his own lack of faithfulness. It might have seemed that all they’d once understood was now a puzzle to them. How well I can relate. How many times I have been confounded by what I thought I knew to be true and the reality presented in the world at large.
Would that God worked on our time, but He does not often. Just so, the Apostles may have hoped for a quick and ready game plan to be laid out before them, but God’s timing is His own and is always far superior to ours. So, fifty days would take their turn before the Holy Spirit would descend upon their heads and hearts and hands and voices. The Spirit transformed them into missionaries, preachers, leaders, healers, fishers of men. It was the Spirit Who decoded their languages. The Spirit Who unleashed His gifts within them. 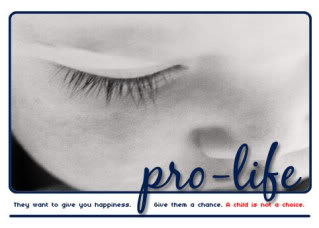 In the days to follow, my time opened up. Perusing my home library produced the needed documentation for my position, correspondence flowed to ready helpers, and my wobbly legs steadied beneath me. And just to assure me that I was indeed the woman for the job, unexpected encouragement filled my ears without prompting.
It is not my task that must be accomplished and I am not qualified on my own merits. Instead it is God’s request of me and He will provide the fish if only I will drop my nets. When Stephen stood accosted and accused all those in the Sanhedrin looked intently at him. Studying his face and his body language, they wanted to confirm their false opinions, but they saw that his face was like the face of an angel.
Doubtful that the legislators will view such an angelic image in my presence, but if I am obedient to the Holy Spirit, than I can walk away confident. Confident that I will have given witness on behalf of my faith, testimony to Truth. And whether or not the resulting outcome is in my favor, I can leave the presence of the representatives, rejoicing that I was counted worthy to proclaim the pro-life message in their midst. So, I will rise up in the morning and shine His Light throughout the day.

2 Comments on “Rise Up And Shine, Taking The Lead On Pro-life Issues”